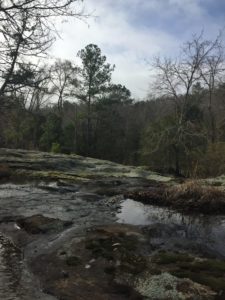 Monadnock Madness is on the horizon! With our annual hiking and outdoors celebration beginning in just a few weeks, we wanted to give y’all a preview of what you can expect at Arabia Mountain. So, we took a hike with Ranger Robby to get an overview and here’s what we learned:

It’s not just the clear air and beautiful surroundings – spring really does begin sooner at Arabia Mountain than in Atlanta and the surrounding area. “I get to experience two springs a year, and what I mean by that is the rocks on these monadnocks – they’re heating up and collecting solar energy and so spring happens quicker and faster on the rock than it does in the city,” said Ranger Robby. As you hike across Arabia Mountain, plants are blooming several weeks before spring gets going in Atlanta. In fact, the monadnocks become a “flower explosion” during the spring, according to Robby: “The more I go see other parts of Georgia in spring, the more I can appreciate…the reveal [of spring] at Arabia Mountain. It’s pretty grand.”

What kind of plants can we see? 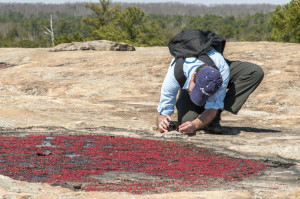 The superstar of spring is diamorpha (Diamorpha smallii, also called Elf Orpine), which “already started to germinate back in November/December and we’ve already started to see it ‘morph-a’ from green to red in some places,” Robby told us. But there are plenty of other blooms visible in the coming months, including bluets (Houstonia caerulea) – one of the first signs of spring – sandworts (Arenaria spp.), and trout lilies (Erythronium spp.). From Ranger Robby: “I always tell people they should come out in early February, in beginning of March, in the middle of March, and then the end of March to early April…to really experience this incredible plant, diamorpha, do its thing from green to red to white…then in the backdrop all this other stuff is going off, too.” 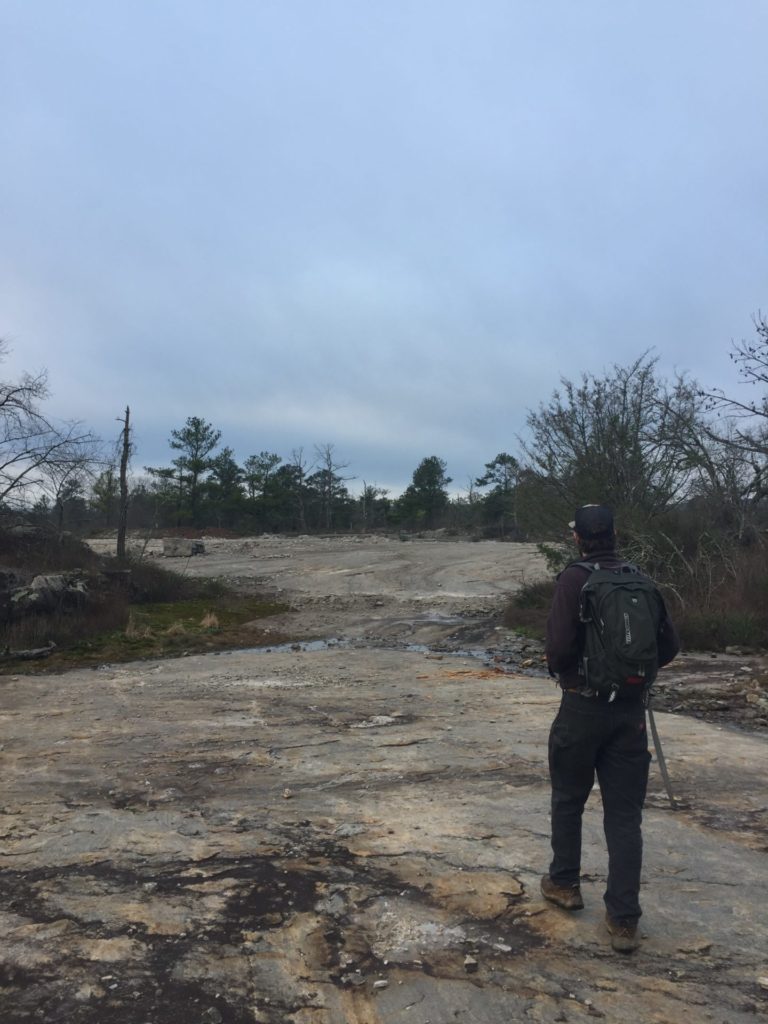 “Before you even leave the house, make sure you’re prepared both mentally and physically,” was Robby’s first piece of advice. “That means come to the park for a minimum of two hours – take your time, see something. Definitely spend some energy looking up the weather and bringing water and the correct clothing.”

You can start your hike at the Nature Center and follow the Forest Trail. “In a sense, if you start at the Forest Trail and connect to the Mile Rock Trail, and make a loop, you kinda get to see everything the park offers – and that’s forest, granite outcrops, you’ll see ruins that speak to the industrial history of this place (being a quarry), and you’ll see lakes and streams and wetlands,” he said. It’s a good taste of the many different habitats found within Davidson-Arabia Mountain Nature Preserve. Robby added, “Of course, I can’t answer this question without saying go to the top of the mountain, and that’s the Mountaintop Trail.” A short, twenty-minute hike gets you to an incredible view. Click here for a map of all Davidson-Arabia Mountain Nature Preserve trails.

Remember to Leave No Trace.

The habitats of Arabia Mountain are beautiful – and fragile. As you enjoy the nature preserve, be sure to tread lightly and leave nothing behind. Do not disturb puddles, sandpits, rock piles or any other part of the rock face – in short, do not disturb the wildlife and ecosystems that keep the nature preserve so vibrant. Learn guidelines for good hiking and photography here. 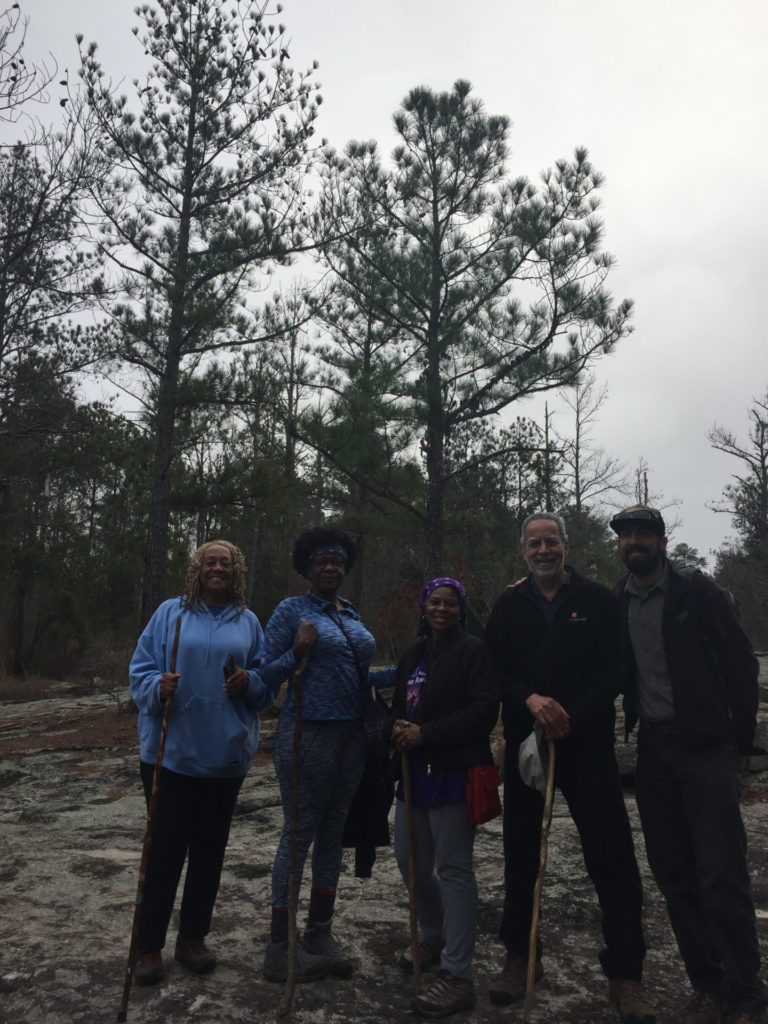 And lastly, enjoy springtime on the mountain. “There’s a feeling that we receive by being in this landscape…that no other place 500 miles from here can do,” says Ranger Robby. “We’re something special here.”