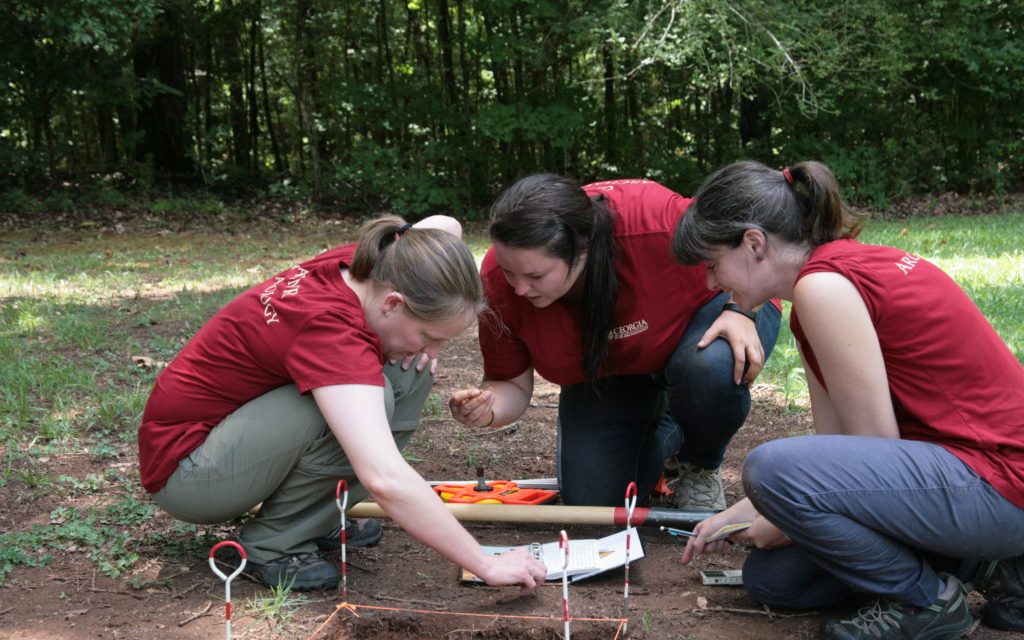 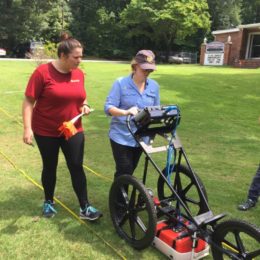 This little three-wheeler may look like a stripped-down baby stroller. But what you’re really seeing is a high-tech tool that allows archaeologists to see underground. It’s like an X-ray machine for your front yard. The boxes and wires make up what’s called ground-penetrating radar (GPR). The signal bounces off objects underground and gives archaeologists an indication of what objects are present and where they lie.

Archaeologists with the Georgia Department of Natural Resources (DNR) are using GPR to unlock a mystery underground in the Arabia Mountain National Heritage Area. Inspired by the story of the Flat Rock Methodist Church, they are looking for the debris left when the church was torn down nearly fifty years ago. By finding the footprint or boundary of where the church once stood, the Arabia Mountain Heritage Area Alliance can share the story of this extraordinary site with thousands of visitors.

During and immediately after the Civil War, the Flat Rock Community served former slaves in DeKalb County as their spiritual, educational, and civic center. In 1870, community members were able to build a church on the site where they had been worshiping. Brick piers supported a classic white, wood siding church anchored with an elegant bell tower and adorned with colorful stained glass. By the end of the 1960s, its age provoked different opinions of the building. Some parishioners cherished its rustic beauty and rich history, while others rejected this rural structure as a relic of the past. 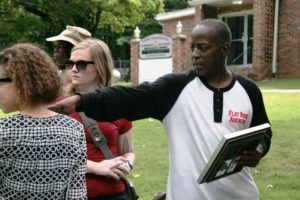 As an eleven-year-old boy, Flat Rock Archive President Johnny Waites watched the bulldozing of Flat Rock Methodist Church in 1971 with sadness, wondering why this perfectly fine church needed to be torn down. He stood powerless to stop the demolition then, but he walks proudly now to resurrect the memories of the church. Waites assists the team of DNR archeologists led by Aimee Bouzigard to locate the debris of the Flat Rock Methodist Church at a grassy knoll in the Flat Rock community of Lithonia, Georgia. Just as he predicted, the straight lines of the radar pulses from the GPR turn into waves as an indication of possible underground materials.

Bouzigard and her team have just started to place stakes where they’ve detected underground material.  Her group, like many archeological teams, acts like a real-life Indiana Jones to unearth stories that were once buried.  Many times, the team has no visual clues to help solve a mystery. However, with the help of Waites’s childhood memories, a few historic photos of the Flat Rock Community Church, the handy GPR, and their expertise, the folks from DNR detected an extensive demolition field from this historic church. In the coming weeks, they’ll be doing further exploration. With the captivating history of this building, the archaeologists know that solving this mystery is worth the effort.

Once the footprint of the old church is identified, the Alliance will work with Flat Rock Archives to create a permanent outline and share the stories of this small place that played a big role in keeping a community together.

Click through the gallery below to see their work in progress. 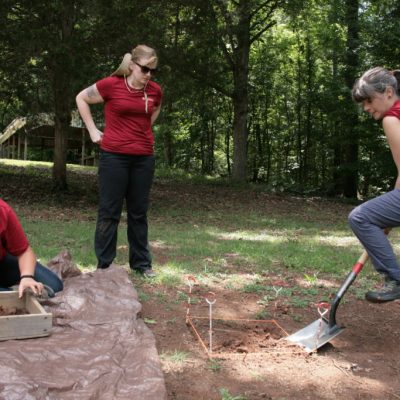 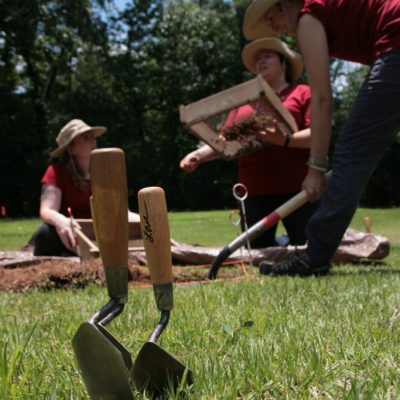 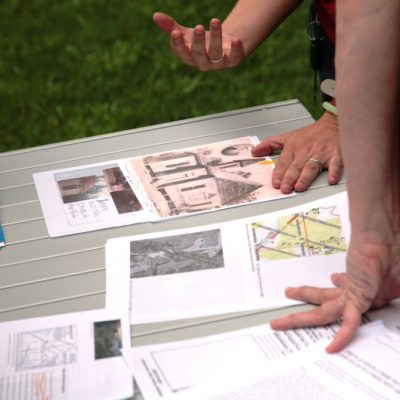 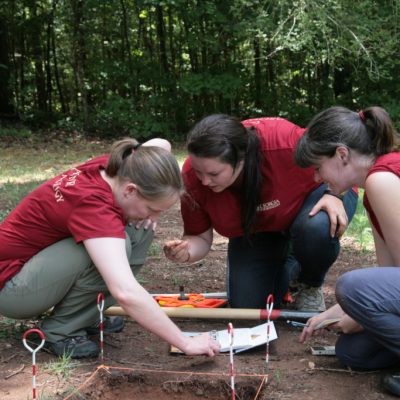 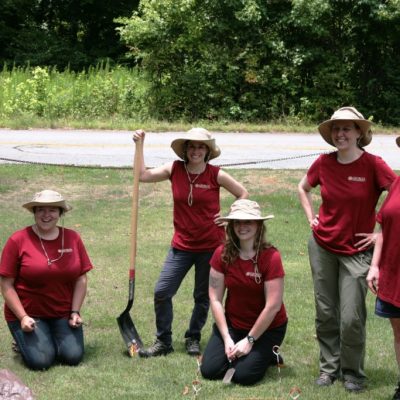 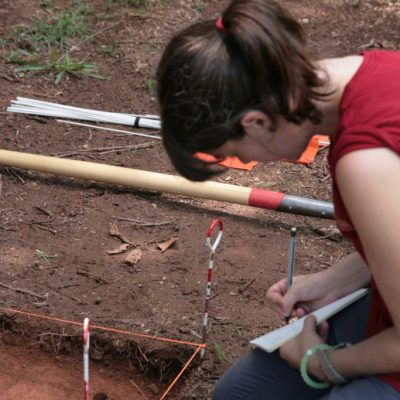 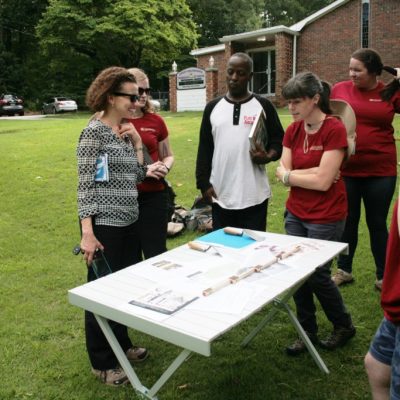 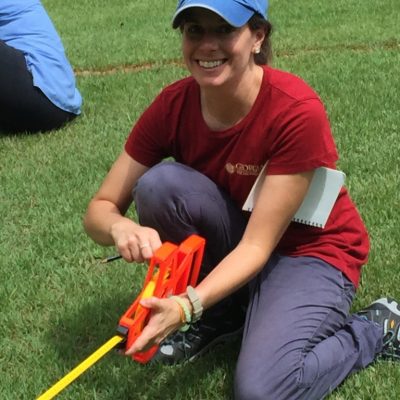 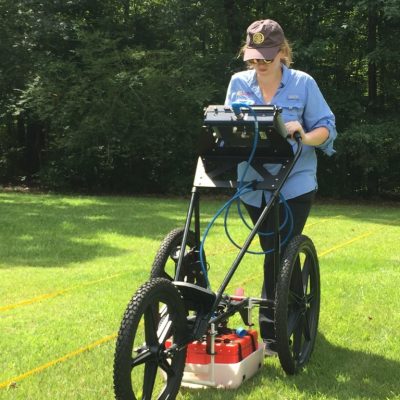