We’re highlighting one of Lithonia, Georgia’s important local leaders: a veteran, civil rights activist, and community organizer named Lucious Sanders. After serving in the military in WWII, he returned to a country where he was being deprived of basic rights as an American citizen. “I had spent four years in the U.S. Army and came back and couldn’t even register to vote,” he told The Atlanta Journal-Constitution in 1984. “I started to wondering what’s wrong.” 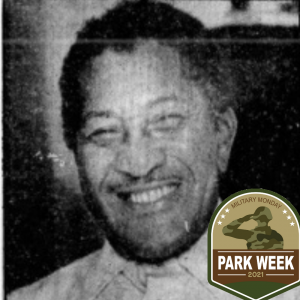 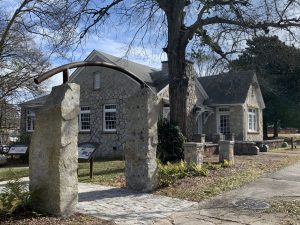 The historic gateway at the Lithonia Woman’s Club.

“He was a very hardworking man, always very active in the community, ” said his niece, Patrilla Arrington, in 2019. “[h]e was all about integration, he was all about bringing the Black and white community together.” That included civil rights marches in the Atlanta area; Arrington even recalls him attending the famous March on Washington for Jobs and Freedom in 1963. “When they had the March on Washington, he gathered together some of the family members, a lot of the people over at the Bruce Street community, they got a bus together and they all took the bus and they all marched during that time in Washington, D.C. for civil rights.”