Today, the T. A. Bryant, Sr. house sits in a patch of rural land at the very eastern edge of metropolitan Atlanta. This small house and homestead are a key part of DeKalb County’s African-American history: T. A. Bryant was a pivotal figure in the community of Flat Rock. This unassuming homestead – a mix of the original house, barn, outbuildings and gardens – was part of a vast agricultural economy that covered the region. 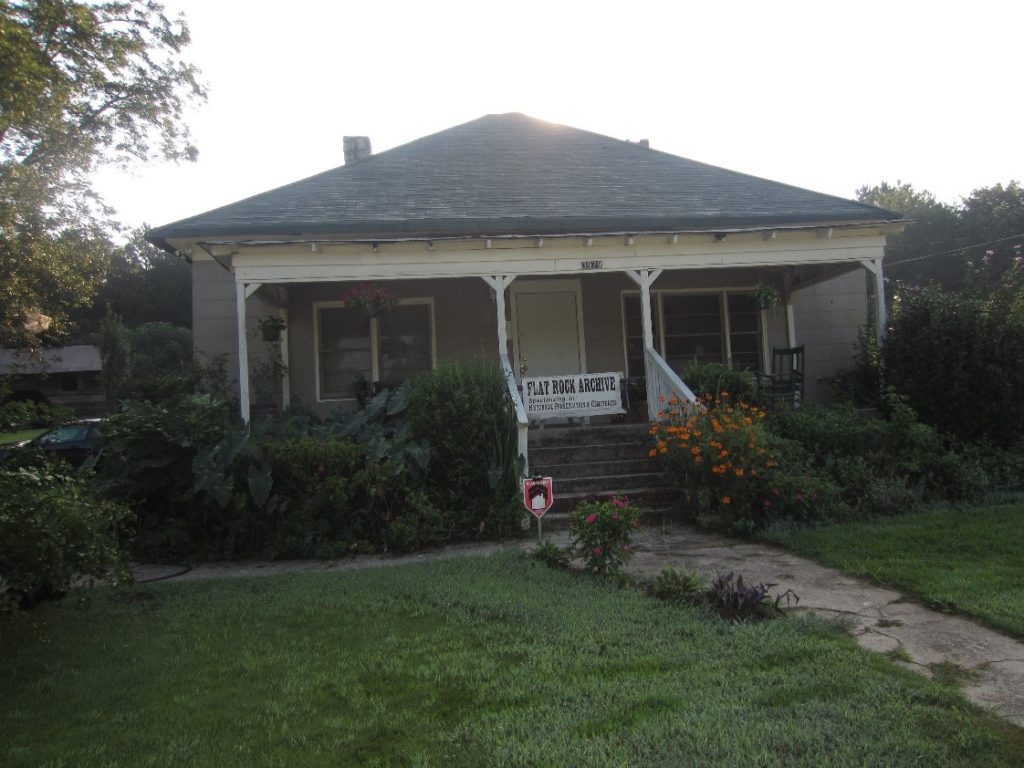 The historic T. A. Bryant, Sr., house and homestead in Stonecrest, GA, now home to the Flat Rock Archives.

Flat Rock existed prior to the incorporation of Lithonia, the city that would grow to be the local economic hub with the rise of the quarry industry. In fact, Flat Rock’s origins date back to the founding of DeKalb County in 1822. One of DeKalb County’s oldest buildings, the Lyon Farmhouse, was built during this time. It was also during this time that enslaved people were brought to the area, made to work in the fields, mostly growing cash crops – at mid-sized farms like the Lyon Homestead. (The Lyon Farmhouse is currently undergoing historic preservation efforts by the Arabia Mountain Heritage Area Alliance and partners). 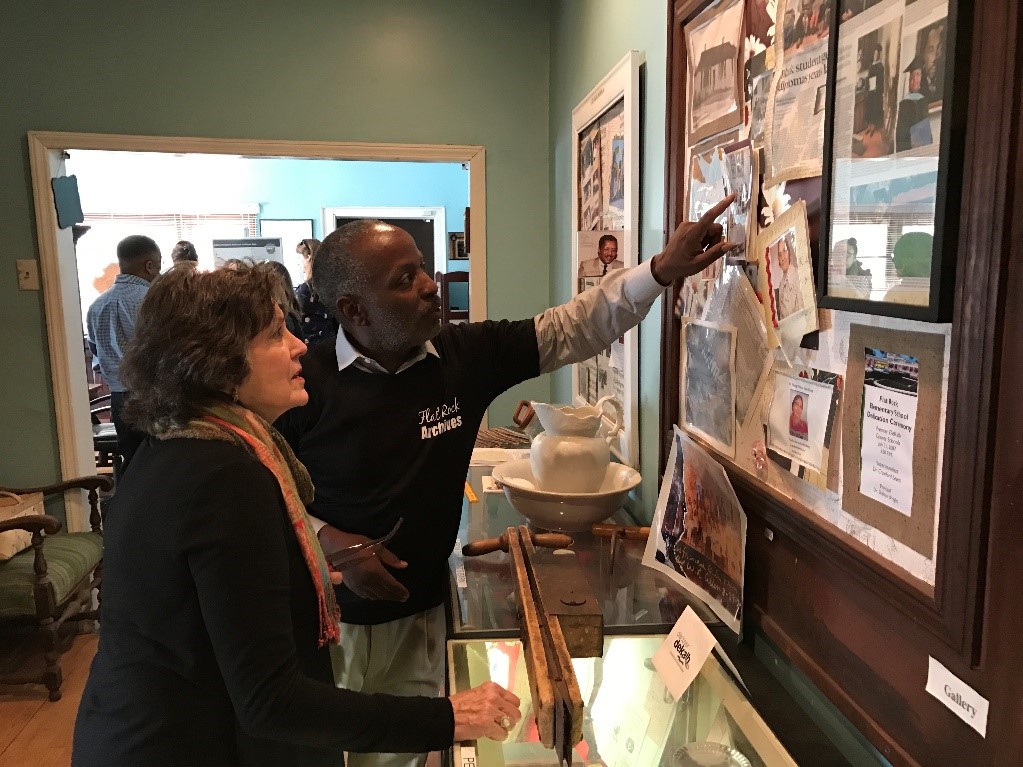 Following the Civil War, many African-Americans left the south in search of better opportunities in the north – but not all. In Flat Rock, T. A. Bryant, Sr. and other leaders wanted to keep the community together. Bryant, Sr. was pivotal in this effort; he bought the land on which the Bryant Homestead now sits and distributed parcels to other families. The communal bond of the Flat Rock citizens was key to their success; in rural Georgia in the era of Jim Crow, community and safety were tied together. As time went on, and in spite of marginalization and animosity, the people of Flat Rock flourished. 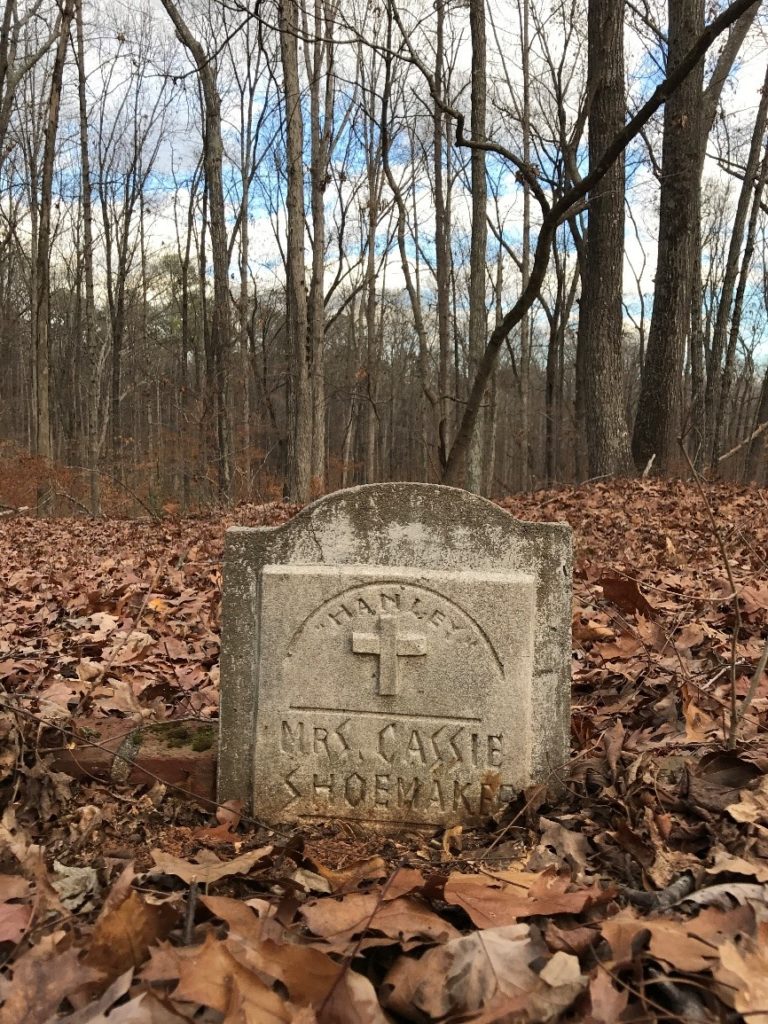 A tombstone in the historic Flat Rock cemetery.

Today, the Flat Rock Archives, an organization dedicated to preserving the rich history of Flat Rock and of African-Americans in DeKalb County, is based out of the Bryant homestead. Co-founded by Rev. T. A. Bryant, Jr. and Johnny Waits, two residents with generations-old connections to Flat Rock, the Archives manages the historic Bryant Homestead and the Flat Rock Cemetery. Waits, who serves as the President of the Archives, educates people about Flat Rock. He leads tours, guiding visitors through the area where his ancestors lived and worked, including those who were enslaved at the Lyon Homestead. 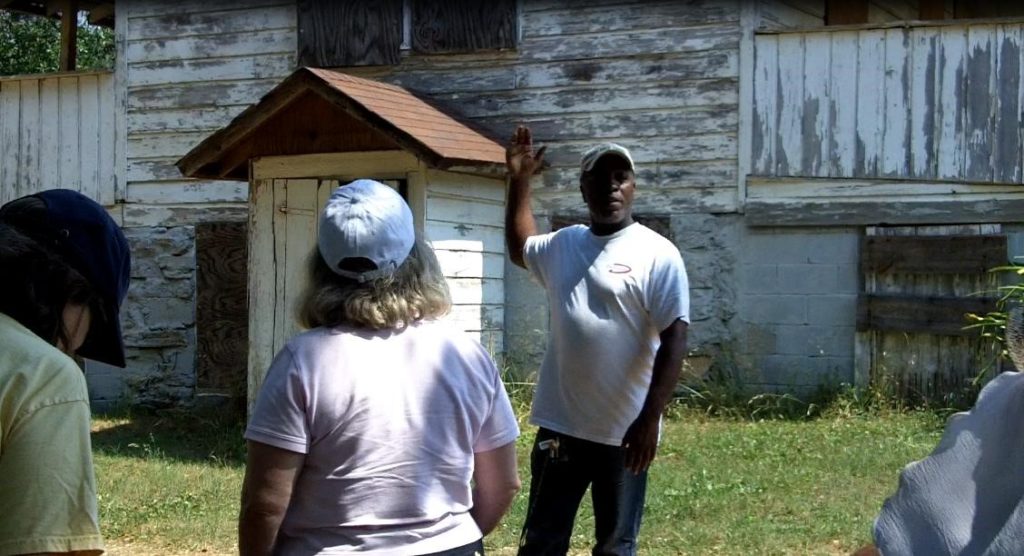 Johnny Waits of the Flat Rock Archives leading visitors on an educational tour of the Lyon Homestead. One of the oldest homesteads in the area, it is also the site where some Flat Rock founders and citizens were enslaved.

Today, this legacy of resilience is being celebrated at the DeKalb History Center. Opening on February 28th, a two-year exhibition will examine Flat Rock’s history and the larger history of African-Americans in DeKalb County. “We are looking forward to the number of people that will learn about DeKalb County’s African-American history,” said Waits. The reception, which lasts from 6-8pm, is free and open to the public.