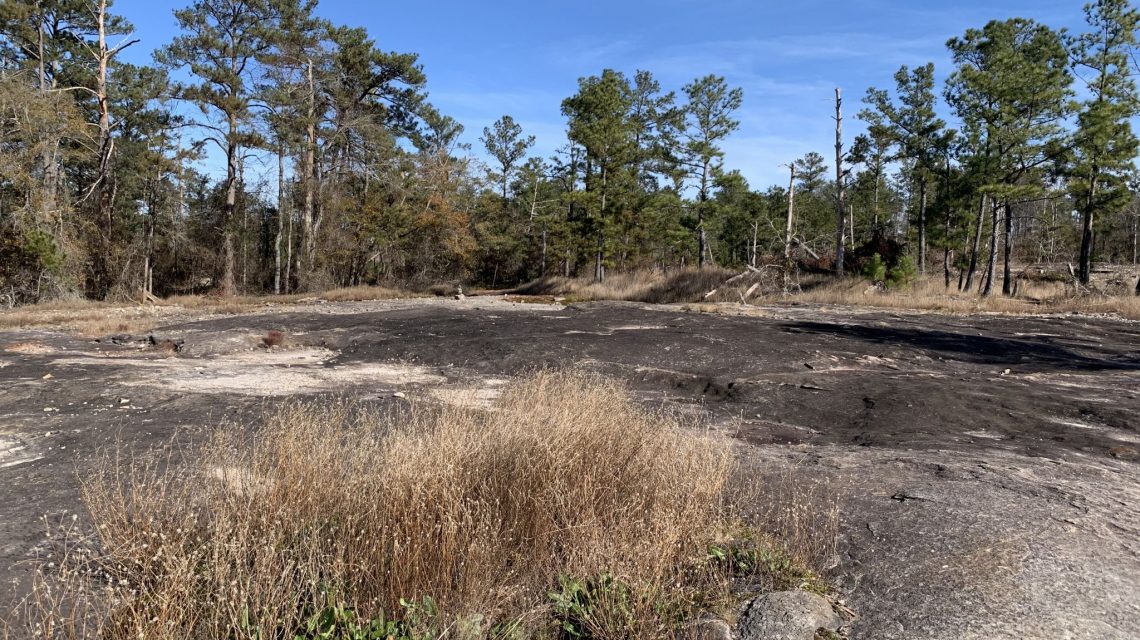 Have you ever wondered where “Arabia Mountain” got its name? While we don’t know exactly, Ranger Robby and Ranger Zana of Davidson-Arabia Mountain Nature Preserve have a few ideas:

As Ranger Robby said, one of the best hypotheses we have is that quarry workers, toiling on the exposed rock in the hot summer months, would say, “It’s hot as Arabia out here.” The rock outcrop can easily reach over 100 degrees Fahrenheit in the summer. Another hypothesis is that the name arose because of the thin, sandy soil found around the rock outcrop. The moniker from the quarry workers, however, is the most commonly told story.

Next time you’re hiking on the mountain in the summer, make sure you have your water with you, and remember – it gets as hot as Arabia up there.