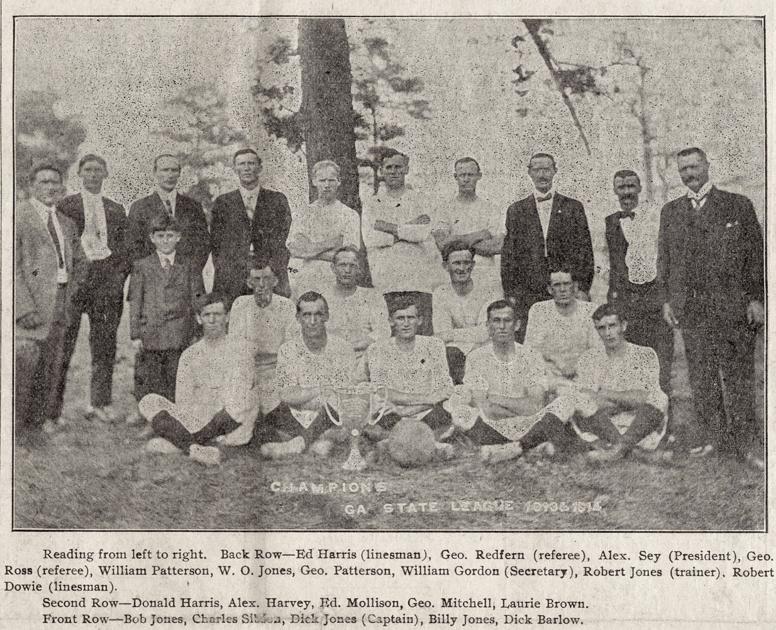 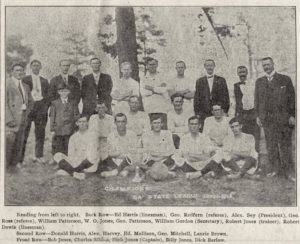 For many, soccer’s origins in Atlanta began with the arrival of the Chiefs in 1967. Yet the sport’s history in the metropolitan area can be traced back to the late nineteenth century and was closely tied to the growing DeKalb County granite industry in the quarries at Stone Mountain and Arabia Mountain, Pine Mountain, and Rock Chapel Mountain near Lithonia. The earliest documented reference to soccer in the DeKalb County Granite District appeared in the March 7, 1892 edition of the Atlanta Constitution with a challenge issued by Atlanta Irishmen with the St. Patrick’s Day organizing committee to the “brawny-armed, powerful” Scottish stonecutters in Lithonia and Stone Mountain for a friendly game of association football (later nicknamed “soccer”) as part of the holiday festivities.

While the St. Patrick’s Day match never materialized (it was reportedly cancelled because of a full schedule of activities) the article noted the Scottish were “quite fond of the game” and it is likely that soccer was played regularly around Lithonia and Stone Mountain following the arrival of the first quarrymen from Aberdeen to DeKalb County in the early 1880s. The Scots were later joined by a contingent of Welsh granite workers from the quarrying town of Penmaenmawr, on the northern coast of Wales, and under the leadership of Alexander Sey (1863-1931), DeKalb County’s British-born paving cutters played a key role in the reorganization of the Paving Cutters’ Union of the United States of America and Canada in Lithonia in 1901.

Sey was also instrumental in assembling the Lithonia Soccer Club (popularly known as the “Stonecutters”), which was composed entirely of Scottish and Welsh paving block cutters. The team played to a 2 – 2 tie against the Atlanta Soccer Football Club (ASFC) in metro Atlanta’s first organized soccer game of record on Christmas Day in 1907 at the Lithonia baseball park. The original Stonecutters line-up included Welshmen Richard “Dick” Jones (1887–1957) and William T. “Billy” Jones (1889–1940). The two players (no relation) formed the attacking core of the early Lithonia and combined Atlanta “All-Star” teams and were fixtures of the local soccer scene through the 1920s.

The Lithonia soccer team remained active through the 1907-08 season. Work shortages and labor unrest in the local granite industry suspended team play through 1912; however, several Lithonia players took part in the South’s first “inter-city football match” for the combined Atlanta-Lithonia side, which defeated Chattanooga by a score of 4 – 0 on February 22, 1912. They also appeared in subsequent home and away games (both wins) versus Auburn University. The Lithonia club was reorganized in October 1912 and became one of the cornerstones of the four-team, amateur Georgia State Soccer League, which was formed in the fall of 1913.  The Stonecutters would dominate the league’s first and only season, going undefeated en route to a title.

The start of World War I in August 1914 caused the collapse of the fledgling Georgia State Soccer League as many of the British-born players returned to the United Kingdom or enlisted in the Canadian Expeditionary Force to fight in the war. Lithonia would again field a squad after amateur league play returned to metro Atlanta in the early 1920s and the team took part in the first soccer game played at Georgia Tech’s Grant Field on February 4, 1921, falling to the Atlanta club by a score of 7 – 2. Between 1926 and 1928, Lithonia also played sides representing the 22nd Infantry Regiment at Fort McPherson and another composed of prisoners incarcerated at the Atlanta Federal Penitentiary. The Stonecutters of the 1920s never displayed the superiority of the pre-war teams, however, and Lithonia’s association with the sport eventually faded with the dissolution of organized soccer in metro Atlanta after the 1928 season.

Patrick Sullivan is a Senior Historian and Preservation Planner with New South Associates in Stone Mountain, Georgia. Mr. Sullivan has been investigating the people, places, and events associated with the history of soccer in metropolitan Atlanta over the past several years. He serves as an executive board member of the Society of American Soccer History (S.A.S.H.) and authored the chapter about early organized soccer in the South for the edited collection, Soccer Frontiers: The Global Game in the United States, 1863-1913, published by the University of Tennessee Press in 2021.