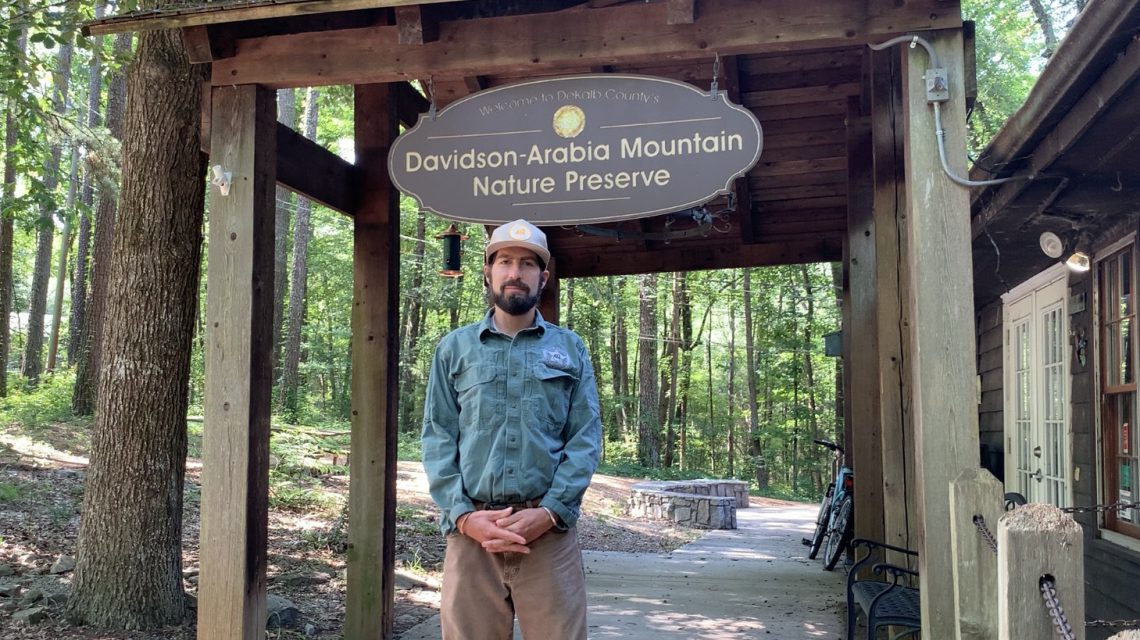 For ten years, Preserve Manager Robby Astrove (often simply known as Ranger Robby) has worked to conserve the landscapes of Davidson-Arabia Mountain Nature Preserve and educate the public about this rare and beautiful natural resource right in Atlanta’s backyard.

Since his first day on the job at the Nature Preserve on July 20th, 2011, Astrove has guided thousands of people on hikes, showcased the striking rare plants found on the area’s rock outcrops, and inspired countless visitors with his wonder for and knowledge of the natural world.

Ranger Robby has been tireless in his dedication to conservation and the natural landscapes of the Nature Preserve. As well as collaborating with staff and volunteers to maintain trails and facilities, expand community engagement and create interpretive signage, he has worked to significantly increase the educational hikes and tours offered at the Nature Preserve.

“I’m just really proud of our delivery on experiential education. It’s one thing just to have people come to the park, but it’s another to provide an experience and opportunity with a guide and a ranger. It’s the difference between coming here and just having a good time versus coming here and leaving with a lifelong memory,” Robby said. 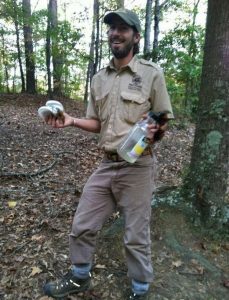 Ranger Robby’s first day on the job was July 20th, 2011. Here you can see him picking up litter along the trail.

Ranger Robby emphasizes Leave No Trace hiking as essential to enjoying the landscape while also preserving the wild species that call it home. That means that visitors must hike with care when exploring Arabia Mountain’s massive rock outcrops. Dotting the surface of the rock are countless “solution pits,” patches of sand, water, and mud that erosion has created in the rock face. In these innocuous patches thrive a variety of rare and endangered plant species, including the vibrant red diamorpha that dots the outcrop in winter and spring.

A simple way to conserve the landscape is to “stay on the gray,” a phrase Ranger Robby tells guests often. It means to stick to the bare granite when hiking on the outcrop and avoiding any of the solution pits.

Looking ahead, Ranger Robby says he wants to “continue to strengthen our mission for conservation, preservation, and education.” That includes focusing on protecting the natural landscape and inspiring future generations of environmental stewards to conserve Arabia Mountain for years to come.